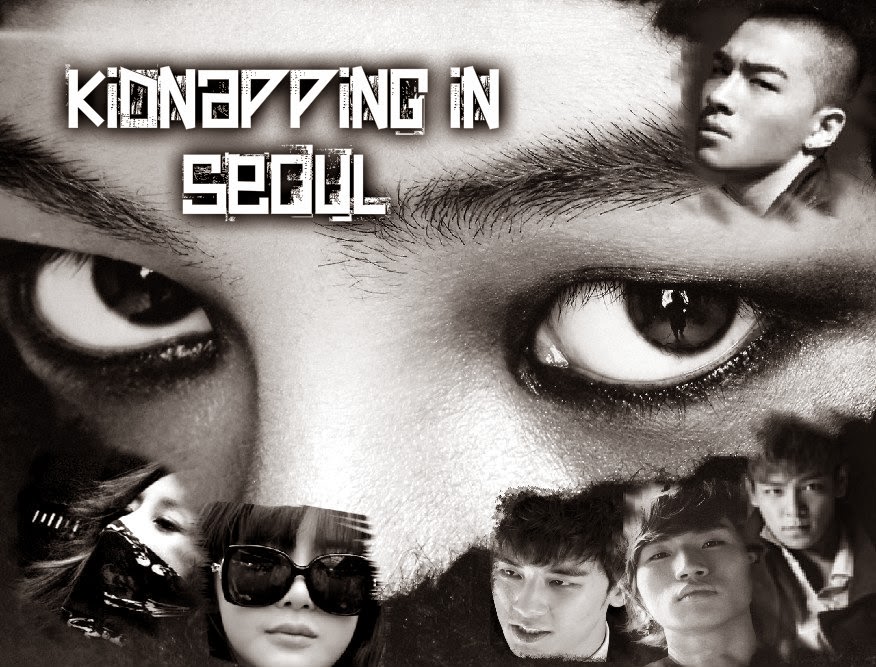 B I G B A N G Briana typed without haste then loudly pushed the “enter” key, throwing one eye over to the five stuttered boys on the floor.
“Monster? Hmm… Play! Show me what you’ve got, little beasts,” she whispered as if she didn’t wanted to wake them up. A big smile got born on her face. Her finger tenderly pushed the “replay” key and the volume highly increased.
“I love you, baby I’m not a monster…” went by to SeungHyun’s ears, just like a sunken noise. The pain in the back of his head stole him a soft moan. He blinked a couple of times, trying to pierce through the darkness around his eyes, but he couldn’t do it. His numb hands made him understood his position. With one sudden move, he tried to free himself but he could only make thin blood grains to stain the rope around his wrist and sting him. His breath begun winding when he understood there was no way he could do it. His terrified eyes looked for any source of light, but all he could see were the evenly, black knitted spread loops covering his entire face.  As if it weren’t enough already, this wasn’t the thing that scared him the most.  He was absolutely horrified by the fact that there were only their songs playing over and over again, and all of the scripts he could imagine made his breath wind even more.
“Oh, my head..” he recognized JiYong’s voice.
The same chorus obsessively repeated over and over making  JiYong to swallow any kind of manifestation. He rested his cheek on something hard, which seemed to be wood, or something harder, but his face was protected by something that felt like a black, thick hood.
“What’s this?”  he kept on rewinding the same question because of the countless time he could hear “Baby I’m not a monster…” part. He felt his hands so heavy and even if he tried, he couldn’t move them.
“This must be the worst hangover ever…” he tried to cheer up, hoping that this he felt were only the sign of an uglier boozing when his kneeled image rebirthed  before his eyes. His heart went for a run and he started struggling around, but it was all with no use. Every move he made stung his arms and his mouth bit on his lower lip to keep inside any sound that he might regret later.  A warm hand caught the lip of his finger, calming him down. By its hold, it felt like DaeSung’s hand, but he still had no courage to ask anything.
It was indeed DaeSung who tried to calm him, although his posture wasn’t exactly one that afforded hands holding.  He already had his attempt of breaking free and it all ended with even tighter and more uncomfortable grasps around his wrists. Even now he could still feel the cold pipe on the top of his head and that sweet scent never left his nostrils. The same scent he felt right now warping around his curled body. He took a deep breath and the walking footsteps quietly stopped next to his ear.
Taeyang rested his head on the hard floor. His hands were caught somewhere under him, but this didn’t stopped him to feverishly look for his big ring that could help him cut the rope in half. He kept hearing his part in “Ain’t no fun” and just one thought terrified his mind. He really couldn’t believe this; he knew they were loved and even obsessed over for but this was just too much! His thought suddenly ran to the kneeled JiYong he left “behind” in the dark parking lot.
“Oh… what happened?...” they all could hears SeungRi’s voice that broke every one’s concentration and brought total silence.
“Damn!...” he said again after few wrist twists hurt him and stung his arm all up `till the elbows. “Where am I?” he went on but the noise of some high heels froze him. After ten counted steps the noise stopped. A bright, big, white light shut his eyes tightly. After several moments he was able to open them slowly and the same big, brown glasses showed up.
“Who are you? he asked, but got no answer; he didn’t waited for it because he saw his friends curled on the ground.
“Hyung!!” he yelled and rushed to Taeyang, but his legs, as tied as his arms, knocked him on the ground even before he could get up. “Who the hell are you?? What do you want?!” he shouted.

Her eyes got lost for a short while into Lee’s and he started lowering his gun, but SeungHyun dragged her behind the boxes, making him to fire frenetically.
Briana had no time for shocks right now, she reach the gun from her back pocket and handed it over to SeungHyun.
“Can you shoot?” she quickly asked him. She got no answer, so she changed the question: ”Have you ever used a fire gun?”.
“Not a real one…” SeungHyung shook his head.
“You will now” she quickly said trying to pull the lock but she couldn’t do it with her injured arm.
SeunhJyung suddenly pulled her in his arms when Lee’s bullets cut through the boxes’ barricade.
JiYong had already received his firing lessons and now he was testing his abilities, slowing Lee down, forcing him to look for cover behind piles of cement sacks.
“Bree!!...” Lee shouted, “are you OK?”
Of course his answer came in the guise of a bullets rain.
“Stop…” Briana slowly touched SeungHyun’s hand. “That’s all we have…” she gave him a narrow rectangle cartridge.
“Let’s go!” SeungRi yelled when they were able to finally open the door.
The intense darkness froze him for a short point, before Lee’s crazy bullets brutally woke him up. He used all his power to focus on the steps he had to take to be able to advance in that thick night. The way they felt it seemed like they were running on some sort of railways… or this was truly ‘the end of the line’? … they had no time to think details, Lee was closing in. but in a short while, judging be his roars, Lee was out of bullets and he gave up on chasing them.
The warm wind scattered the clouds to all four points and the yellow moon light revealed, somewhere not far from them, four silhouettes that looked like railcars.
“Where are we?” JiYong asked but he got no answer.
They kept on following the railways without a haste. Ally was outflanked by JiYong and Taeyang, but none of them touched her, SeungRi and DaeSung were the firsts in the row, and Briana was holding hands with SeungHyung without even realizing it. They all looked at the railcars as they passed by them.
“Wow, I haven’t seen one of those in a while…” smiled DaeSung moving his hand along the rusted red paint.
“Where are we?” JiYong came back with his question.
SeungRi suddenly stopped making everybody else to stop too. He ran to the first railcar. Its windows were broken and green invaded its train wheels, but he was looking for something.
“We’re in Gwangju!” he shouted but after everybody’s “sst!!” he turned to whisper to Ally: “Isn’t that so?”
“Yaa…” they could hear SeungHyun’s strangled voice. They turned to face him and he was trying to sustain Briana who seemed like she was melting.
“Bree!!” Alyy yelled rushing to her. “Bree, can you hear me?” she yelled again catching her friend’s sweated face in her hands.
“Ssst!” JiYong whispered pointing to the red railcar.
SeungHyung took Briana in his arms and got inside the indicated place, followed really close by Ally. They looked for a place where to put her. Ally took off her black sweater and laid it on the floor, between what used to be two rows of chairs.
JiYong clogged up admiring her long, thin arms and white shoulders showing of from that small under vest, leaving absolutely no place for any other approach.
“A little help?” Ally asked SeungHyung to catch Briana’s sweater and pull it off, making him to violently blush. She covered up her friend, leaving the exposed only the wounded shoulder. She was about to take care of her, when a gun’s click stopped her.
“Stand up!” JiYong said, taking everyone by surprise.
“Are you crazy?...” Ally tried to keep her cool.
“JiYong…” Even SeungHyun tried to interfere.
“Stand up!” JiYong wouldn’t listen to anyone. “Untie him!” he ordered when Ally easily got up.
“Untie what??” she was heating up. “Oh…” she understood when Ji pointed to SeungHyun’s still loosely tied hands. She did as she was told, but not because she was afraid of JiYong, but because she feared for her friend’s life, and she thought that if she’ll do what he wants he’ll let her care about Briana sooner.
“Why are you doing this?” she tried to talk as calm as she could.
“Why should I answer you? You haven’t answered any of my questions!” JiYong taunted her.
“Yeah, but you weren’t dying!” she finally flared up.
“He was about to!” he yelled back at her, grabbing her wrist that he twisted to her back; he did the same with her other hand and he used the piece of rope she was holding to tie her up… good.
“If you hurt her, I’ll kill you!!” Ally roared trying to kick anyone around.
JiYong held her good, but just to be sure he glued the gun to her head.
“Hyung…” the others tried to stop JiYong, but he wasn’t listening, he dragged her to the other red railcar and made her kneel between the seats.
“Hyung, really now…” DaeSung followed him.
“Don’t you dare moving from here!” he muttered to her then he threw one hand over Dae’s shoulders, pushing him away. 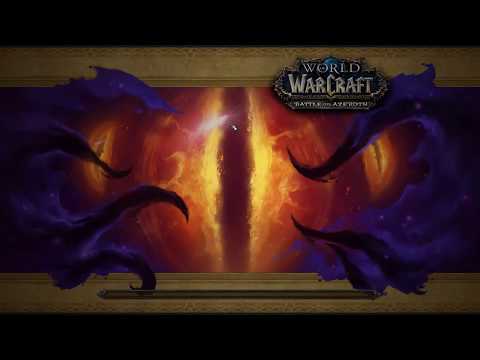